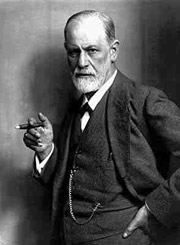 Originating with Freud’s pioneering discoveries psychoanalysis is continually evolving. It now incorporates the findings of hundreds of contemporary theorists and researchers, as well as discoveries from allied fields such as neuroscience and social sciences. Today’s psychoanalysts apply these ideas not only to treating troubled individuals but to working with societal, organizational and community problems.

In Miami, in 1966, a group of ten psychoanalysts who had been trained in other cities established the Florida Psychoanalytic Society, which was accepted as an affiliate Society by the American Psychoanalytic Association in the following year. Subsequently, two of those analysts, Gabriel Casuso, M.D., and Joseph N. Gurri, M.D., were appointed as the first Training and Supervising Analysts, and founded the Society’s new training facility, sponsored and guided by the Baltimore­-Washington Institute for Psychoanalysis. In 1971 Candidates from Florida began traveling to the Washington area for classes and supervision at that institute. All training analyses took place in Florida, and gradually more and more supervision and classes were conducted here as well. This laborious collaboration required great dedication by the Florida Analysts-in-Training and faculty, eventually leading nineteen analysts from Florida to be graduated from the Baltimore-Washington Institute over the course of many years. In 1997 the American Psychoanalytic Association recognized the Florida Psychoanalytic Institute as independent, with its own Faculty, Training and Supervising Analysts and Analysts-in-Training; and with a large number of Adjunct Members: Individuals in the community and in allied professions who are interested in psychoanalytic ideas, use them in various ways in their work, and participate in our activities. Many Adjunct Members are psychotherapists and other clinicians who have taken the Psychodynamic Psychotherapy Course.

In 2015 the Society and Institute were reorganized into a single organization, The Florida Psychoanalytic Center, which continues to carry on the functions of the two predecessor organizations, and is affiliated with and approved by the American Psychoanalytic Association.

Find us on social media